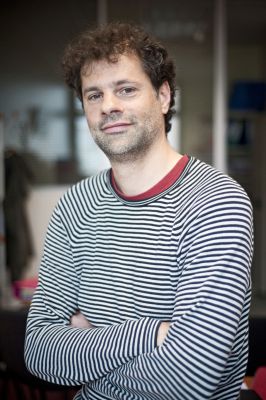 When some cells divide in an abnormal manner, the body activates anti-cancer mechanisms in order to protect itself. It, thus, orders the senescence of abnormal cells, in other words it provokes a “biological ageing” leading to the inhibition of cellular proliferation. However, some malignant cells manage to “evade” such as a defence mechanism. David Bernard conducts research at the CRCL, under the supervision of Alain Puisieux, focusing on the determination of the genetic modifications associated with these escape mechanisms.

When our genes do not impede the proliferation of normal cells

David Bernard has, in particular, observed and proven that the expression of the “PLA2R1” gene diminishes in individuals with breast, kidney and skin cancers, and that at the cellular level, such a decrease leads to the evasion of cellular senescence and favours the development of cancers. “This fundamental research, at the basis of all of our knowledge and experience, could benefit the patient, in the event that the detection and modulation of such genes may be used as diagnostic and therapeutic tools”, explains David Bernard. He has also described the role played by two genes in allowing cancer cells to escape from cellular senescence triggered by an oncogenic stress, a cell signal initiated in the case of an abnormality. Furthermore, David Bernard is interested in the Lysyl-oxidase (LOX) proteins, the inhibition of which stabilises senescence and reduces the development of tumours, in the case of experimental cancer models.

David Bernard has been engrossed in his favourite research subject, ever since his PhD in Biology in 2001. Within the laboratory studying cell growth at the University College of London, he studied the influence of genes on cellular senescence and hormone-dependent prostate cancers. He subsequently worked in the  “Laboratory of cancer epigenetics” at the University of Brussels, for 2 years, during which time he studied cell growth and DNA enzymes involved in the development of cancers. Between the years of 2006 and 2009, he worked for a CNRS unit “Genetic, structural and functional approaches of cancers” (“Approches génétique, structurelle et fonctionnelle des cancers”)  based in the Lille region, before joining the “Apoptosis, cancer and development” (“Apoptose, cancer et développement”) laboratory supervised by Patrick Mehlen  at the Centre Léon Bérard (CLB) of Lyon.

Since 2011, David Bernard supervises the “Senescence escape mechanisms” (“Mécanismes d’échappement à la sénescence et cancer”) unit at the CRCL. “The financial support provided by Synergie Lyon Cancer has enabled me to take on a post-doc and has supplied with the essential needs for the proper functioning of the team”, explains David Bernard.

Since the foundation arose from a common project initiated by different laboratories based in the Lyon region working on cancer, it also allows me to benefit from a large local research network, which I can turn to for support, and from a scientific community focusing on cancer research, with which I can interact and develop my own scientific project.