Marina Rousseau-Tsangaris, treasurer of the Foundation 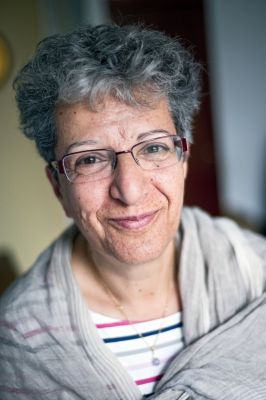 Secretary-General of Research at the Centre Léon Bérard, Marina Rousseau-Tsangaris dedicates all of her energy and experience to bringing research and medicine together. Project leader of the Synergie Lyon Cancer Foundation in 2007, she is currently the treasurer of the foundation.

After having spent thirty years applying her experience to research and technological transfer, and coordinating patient-orientated projects, overlooking over 200 innovative projects and managing 50 million Euros, Marina Rousseau-Tsangaris still remains dedicated to “others” in her work and ambitions. “I have always wanted to work in close collaboration with clinicians to develop tools to control cancer”. Her current position as Secretary-General of Research at the Centre Léon Bérard (CLB), where “research interacts with healthcare”, confirmed her beliefs: “Meeting patients on a daily basis encourages us to be more humble and incites us to try our utmost to provide them with therapeutic solutions”, Marina Rousseau-Tsangaris explains.

Within the centre, scientists, engineers, clinicians, caregivers and patients can interact. This multidisciplinary breeding ground and this cultural melting pot represent a source of extraordinary richness, and are highly fertile for triggering innovative ideas.

Following a call for proposals issued by the French Ministry for Higher Education and Research in 2006, Marina Rousseau-Tsangaris coordinated, alongside Profs. Alain Puisieux, Patrick Mehlen and Gilles Salles, an extensive project to structure local research on oncology with the institutional support of the CLB and the Civil Hospices (“Hospices Civils”) of Lyon. The relevance and strength of her application convinced the jury: Synergie Lyon Cancer was going to be created… Today, Marina Rousseau-Tsangaris is very proud of the working methods and equipments, and of the ability to excel at work, which she helped to implement, and which she has now made available to the research network in the Lyon region.. Constantly active, totally enthusiastic yet very wise, she can already foresee the strategic approach Synergie Lyon Cancer should have over the next few years.

“Quite unusual”: is how Marina Rousseau-Tsangaris describes her own career path. After having obtained a PhD in analytical chemistry from the Federal Institute of Technology (“Ecole Polytechnique Fédérale”) in Lausanne, she joined the drug industry “in order to invest as much of her time as possible in research through its innovations and practical applications”. Following on from a position as superior scientist by Bioprojet Pharma, where she contributed to obtaining the registration by the regulation of therapeutic drugs (“autorisation de mise sur le marché” or AMM) for one of the laboratories leading drug, she then assumed the management and scientific leadership of  of InBiomed for eight years. This latter company involved in pharmaceutical R&D developed the first breath test to detect the Helicobacter pylori bacteria: “To innovate, to develop a technology, to create an industrial partnership, to collaborate with clinicians… This entire process of transferring academic knowledge towards the business world was an extremely interesting experience for me”, Marina Rousseau-Tsangaris remembers. From 1997 onwards, she was involved in most of the strategic, collaborative and financial aspects of other large R&D projects, before joining the CLB at the end of 2003.